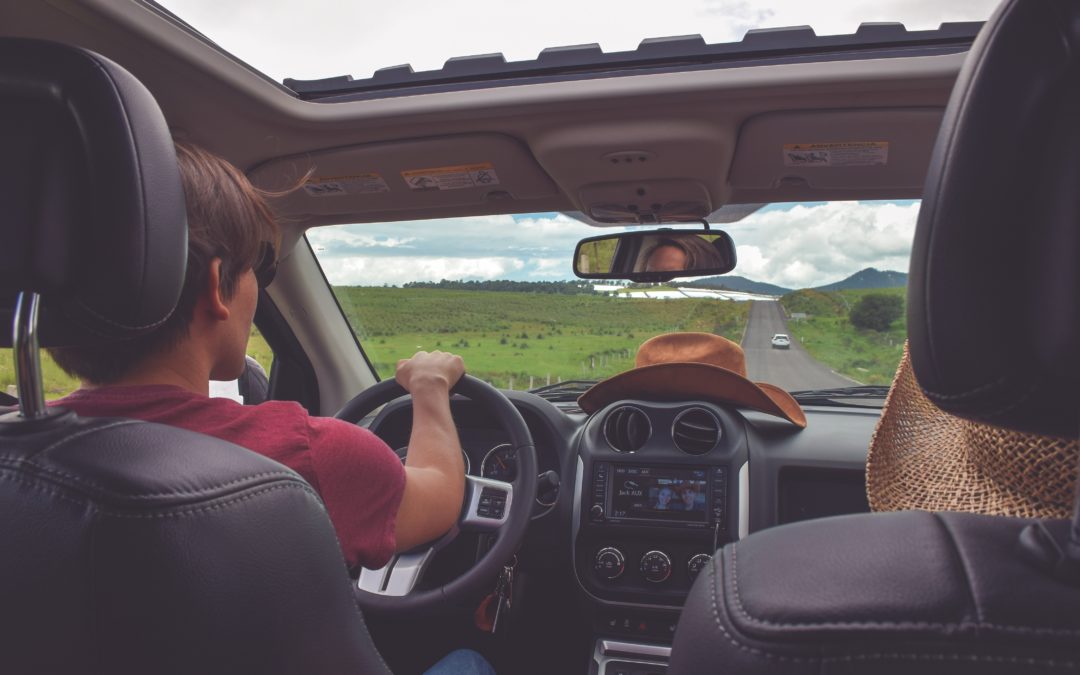 Every parent has their fears when it comes time to teach their teenager how to drive. Not only is it terrifying to think of a new and inexperienced young driver behind the wheel of a car, but it’s also a well-known fact that auto insurance cost goes up significantly when a new teenager is covered on your plan. To help you make the right decisions and pass them down to your child as you are teaching them the rules to drive by, here are 10 teen driving statistics that might surprise you.

1. 56% of teen drivers admit to talking on the phone while driving

Everyone knows that talking on the phone while driving is a horrible idea. It will distract the driver, especially those with little to no experience. Even adults with years of behind the wheel experience get into accidents due to talking on the phone. A new teen driver will have an even more difficult time managing both tasks at once. The alarming part is that most teen drivers disobey the law and do it anyway. It is always important to keep the phones away until the driver has reached their destination. Plus, you don’t want to get a moving violation that should be easily avoidable. Being on the phone while driving is already illegal in most states and the laws are only becoming more strict.

As we know, many teens begin experimenting with alcohol as they get older. Some will even have a couple of drinks at a party and then drive home after… They tend to think they are invincible and can handle the situation until they get into an accident on the way home. It is extremely important to never drive after drinking and that parents emphasize this to their student drivers. It is always possible to find another way home, even if it means the shenanigans get exposed to the parents. It’s far better to get grounded than end up with a DUI or, even worse, dead.

3. 90% of teen drivers observe behavior from passengers that distracts them

Teenagers tend to talk a lot when they are together. They also tend to goof off. This certainly doesn’t stop when one of them is driving. Even teens admit that they see passengers do distracting things while they’re behind the wheel. For new drivers, this can easily lead to an accident. In fact, statistics say that the more teens there are in one car at one time, the more likely they are to get into an accident.

4. 20% of 16-year-olds get into an accident within the first year of driving

Driving is a skill that takes a lot of time to learn. However, many teens don’t yet understand the concept of allowing themselves time to become an expert at something. They may try to take on more than they can handle, or in the case of driving, more than what is safe. One of the things that take time to get used to while driving is having additional passengers in the car. Overall, teens need to be extra cautious when they first start driving to reduce their likelihood of getting into an accident when. It may be a good idea to limit the student’s driving to one parental figure or family only in the car for the first few months.

It is generally thought that males tend to be more reckless than females. Teenage boys, in particular, have a reputation for taking things to the extreme. This teen driving statistic seems to support that claim. There are several reasons why this might be true. Males might be more willing to drive drunk than females. They may also speed more often. In the end, the harm that results is due to poor driving decisions overall. Teen boys and parents of teen boys should take the time to review and fully understand the consequences of careless driving before it occurs.

Some teens don’t think that driving with an intoxicated or reckless driver will affect them since they won’t be the ones getting into trouble. However, there is a lot more to consider than simply being punished by police or parents. Someone could potentially lose their life. Unfortunately, a large majority of people who experience the fatal effects of car crashes were only riding in the car as passengers. Teens must understand that getting into a car with an intoxicated driver is extremely dangerous no matter the circumstance. Fewer teens will die if they fully realize how much danger they are putting themselves in. Again, the fewer teens there are in a car when one of them is learning to drive, the better because there will be fewer possibilities for teen deaths.

7. 6 out of 10 teens who died in a motor vehicle accident were not wearing their seat belt

There is a reason that almost all states require people to wear their seat belts while in a moving vehicle. They save lives. People who wear a seat belt are far more likely to survive in an accident. All driving instructors and parental figures must emphasize the importance of wearing seat belts while driving.

8. 50% of teen drivers admit to driving at least 10 miles over the speed limit

We have all been late at times, desperate to make it to school or home before being penalized in one way or another and that’s not going to change. However, speeding can dramatically increase the likelihood for someone to get into a serious accident. The faster the car is going, the more intense the impact will be. Despite this being a well-known fact, many teens still drive about 10 miles or more over the speed limit. If your student driver seems like they might be a future speed demon, make sure to cut that possibility off early with some cold, hard facts like the other scary statistics we have provided in this blog post.

9. 56% of teenagers rely on their parents to teach them how to drive

Since children and teens learn just about everything from their parents, they will mimic the driving habits of their parents too. That means it’s more important than ever to be a good influence while driving. Follow the rules of the road and never drive drunk. When children see their parents behaving or driving well, they are more likely to follow those positive behaviors.

When a teen begins their driving career, the family auto insurance will shoot through the roof. Even if you have the most cautious and well-behaved teenager in the world, the insurance company has no way to prove this. You can, however, gradually lower the insurance rates. Discuss with your insurance company about obtaining lower rates in exchange for good grades or additional driving classes. The money saved can really add up with time. It’s important to talk to your teen and explain how much more expensive it is to have them on your plan. If you are paying for them to have insurance, they should understand and appreciate how much money you are giving up so that they can drive. You can also use this as a way to create strict boundaries or even explain that any rule breaking will result in them being taken off of your insurance making them unable to drive if that is your preferred parenting style.

While it may not be easy or comfortable, your teen is inevitably getting older. To be a well-adjusted and functioning adult, they need to know the serious responsibilities that come with learning skills like driving. Teach them to drive responsibly so that they keep themselves and the roads safe, and your auto insurance bills low.